A design assessment was carried out in an effort to prevent potential premature bladed disk and impeller fatigue failures of three newly installed critical compressor trains.  Such a failure would result in a minimum five day pre-mature repair shutdown and cause over $15M (USD) in lost production revenue to the End User. 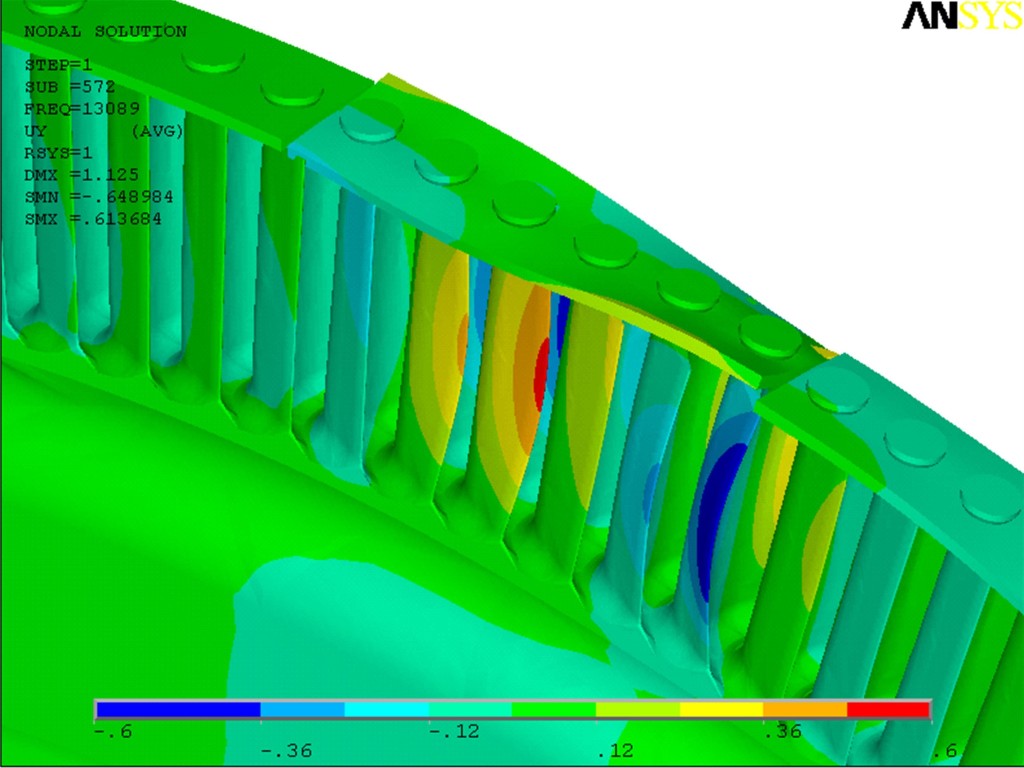 Key assessment questions: Will the proposed compressor design achieve all expected operating conditions?  Will all compressor and turbine stages operate at the proposed speeds without degrading or catastrophic resonant vibration conditions?  Will the complete system, including auxiliary equipment, tolerate unusual and emergency operating situations without a failure?

MSI engineers were contracted by the End User and the Architect Engineering Company as third party design assessors to answer these and other questions.  During a typical assessment, MSI works very closely with the original equipment manufacturer (OEM).  Potential issues, and more importantly, solutions developed in concert with the OEM so that both the OEM and the End User benefits.  The results are reflected in the final equipment/system design and delivered machinery.

In this instance, the aerodynamic and thermodynamic performance of each compressor and turbine train was thoroughly evaluated.  The rotordynamics of each rotor system was analyzed for transient and steady-state torsional and lateral response.  Specific high risk compressor impellers and turbine blades were analyzed from a stress and vibrational point of view using highly detailed finite element analysis techniques (pictured above), fatigue Goodman Diagrams, and disk resonance Interference Diagrams.  Also, the complete dry gas seal and lubrication systems were thoroughly analyzed per API specifications and “Good Practice”.

The End User perceived the assessment as necessary and cost effective insurance to prevent potential catastrophic start-up problems, and to maximize reliability.  MSI’s analysis determined that one of the CGC HP compressor impeller stages needed a structural modification to address an impeller resonant condition and potential fatigue failure issue.  The manufacturer modified the impeller, thereby increasing the resonance separation margin from less than 1% to approximately 9%.  Such discussions were facilitated by MSI possessing German and Japanese speaking engineers on staff.  In general, by working in a positive fashion with the OEM’s, suggestions from all sides were implemented, with resulting improved equipment reliability.  An MSI Design Assessment provides peace of mind by reducing the risk associated with critical equipment start up and operation.