Many of the most demanding challenges in turbomachinery system development are related to the prediction of the interacting effect between fluid loads, thermal loads, structural deflection, and the operating points.  By providing an integrated framework for turbomachinery analysis, MSI has reduced the time and complexity of the multiphysics analyses.  This can be leveraged to bring fidelity forward in the design process, accelerating the timeline while reducing the cost and technical risk.  It can also be used for failure investigations and redesign projects where combined loads (fluid, structural, thermal) are the root cause.   The MSI design environment has the flexibility to simultaneously analyze multiple disciplines, multiple components, with multiple levels of model fidelity.  This provides substantially superior capabilities to conventional design tools. 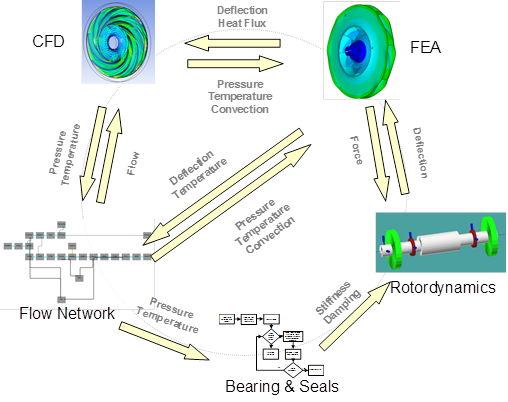 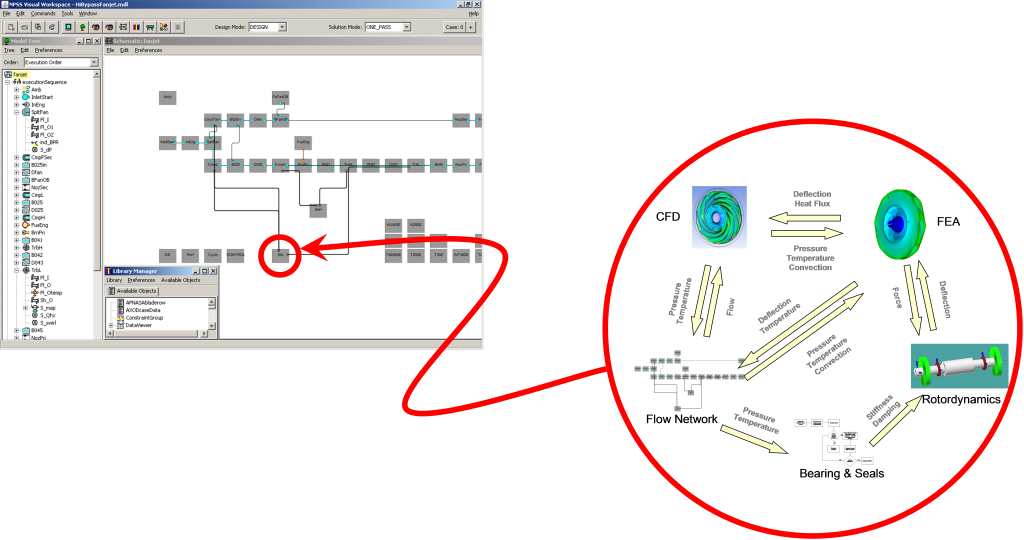 More recently, MSI extended CoMAT to support multiple levels of fidelity in the modeling of individual propulsion system components.  With the inclusion of NASA’s Numerical Propulsion System Simulation® (NPSS) cycle tool in the system, any TPA engine components could be modeled at any desired level of fidelity, regardless of how the other components were modeled.  The output from the cycle deck automatically feeds the inputs to the component analyses, which in turn update the cycle.  In this manner, individual points in the operational envelope can be explored more rapidly and in greater detail, and engine transient operating lines can be explored.  By allowing the design team to selectively increase the fidelity of one or more aspects of a multi-physics solution, fidelity can be intelligently brought forward in the design cycle.  The OpenMDAO framework was chosen as the hub for this set new of FSI tools, providing optimization capability across the multi-physics domain.