Optimization of Hydroturbine with CFD Modeling of Discharge Chamber

MSI was tasked by an OEM to create a site-specific design for a hydro turbine. It is typical in the course of the design to assume that the hydro turbine in question would discharge into a large body of water. Therefore the CFD model of the design in question was evaluated in the manner analogous with that assumption, as shown in the following plot, with a generic plenum geometry following the draft tube. 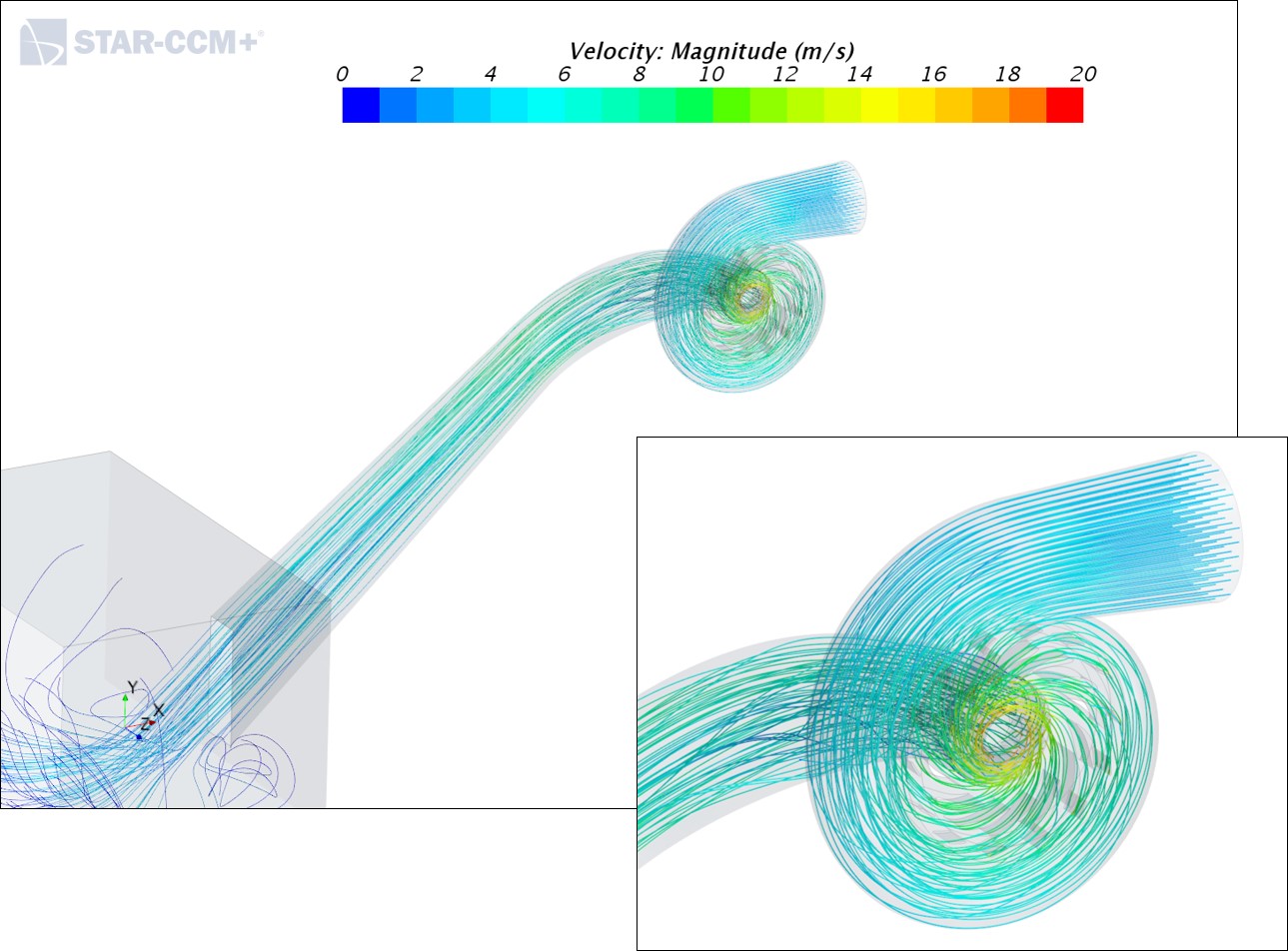 However, in the course of the project it became evident that the turbine in question would not be discharging into a large plenum, but rather into a relatively small open-air chamber that would then spill over into a river. This chamber would naturally add a certain amount of backpressure which would change the power production of the turbine, and the predictions for the design performance based on the CFD analyses would thus have to be adjusted.

Thankfully, due to MSI’s considerable computational resources, a full 360° model of the turbine design, including the draft tube chamber with a free surface, was able to be analyzed in a transient manner. A transient CFD analysis, where the mesh of a rotating domain is moved with respect to the stationary components at every timestep, is a lot more computationally intensive than a steady-state analysis, but also offers much more precise predictive capabilities. In addition to the usual solvers, this analysis also included a multiphase VOF (volume of fluid) model, to account for the free surface and the presence of air in the draft tube chamber. Using the modified transient CFD analysis which included the chamber geometry, MSI was better able to predict the turbine performance, as evidenced in the following video.

Actual video of the discharge behavior

Rerate of a Francis Hydro Turbine

Analysis of Multiple Hydro Turbines in a Parallel Array