MSI was tasked by an OEM to investigate cavitation performance of the first stage in a boiler feed pump design. The first stage, consisting of a suction, an impeller, a diffuser and a return channel, was modeled in Simcenter STAR-CCM+.

Due to MSI’s considerable computational resources, a full 360° model of the stage, including the secondary passages, was analyzed in a transient manner. The ability to do transient Computational Fluid Dynamics (CFD) analysis, where the mesh of a rotating domain is moved with respect to the stationary components at every timestep, is especially important to resolve problems that arise due to cavitation, because cavitation is an inherently unsteady and unstable phenomenon. 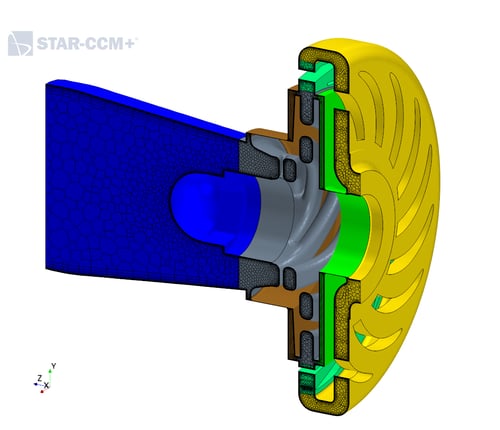 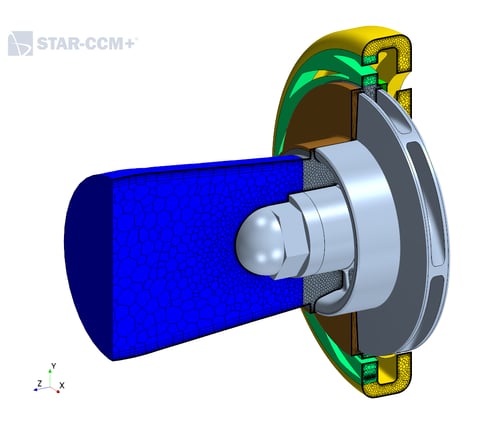 Using transient CFD analysis at multiple NPSH points, where each point was analyzed for as many as seventeen revolutions, MSI constructed a predicted breakdown curve for the first stage that matched extremely well to a test curve later revealed by the customer. 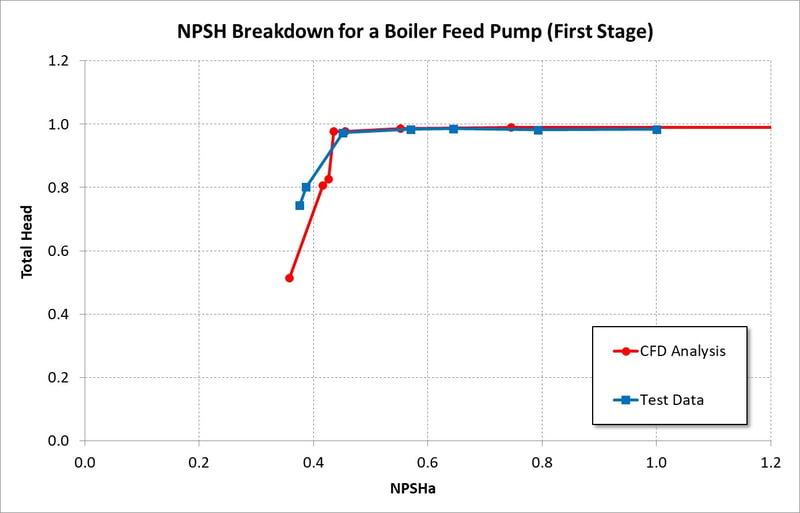 MSI then created an optimized design for the first-stage impeller, and constructed another breakdown curve following the same methods. This modified design is predicted to both improve the pump head and greatly improve the cavitation performance of the first stage. 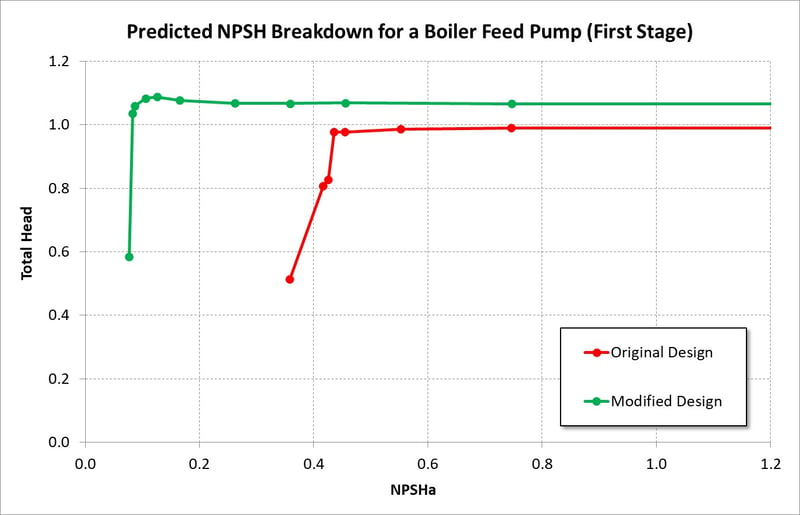 Performance is substantially improved with the modified impeller design

MSI has several examples of our CFD data correlating extremely well to real-world test data.  If you are interested in learning more, we recommend this paper published in the Journal of Physics.