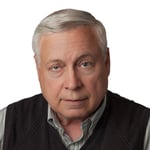 Accomplishments
Mr. Marscher has spent his career of nearly 40 years involved in the design, development, and troubleshooting of mechanical components and systems, including pumps, fans, compressors, and turbines. His capabilities and experience include finite element analysis, rotordynamic analysis, experimental modal analysis, vibration testing, predictive maintenance, the mechanical design of turbomachinery, and the development and application of advanced (including magnetic) bearings and seals. In the experimental area, Mr. Marscher is known for his approach of combining advanced test techniques with computer analysis to solve mechanical problems in electrical components and rotating machinery. His innovative vibration test procedures won the $5,000 Dresser Creativity Award in 1986. His rotating machinery rub analysis method won the ASLE Hodson Award in 1983. Mr. Marscher also has pioneered the use of finite element analysis in the prediction of casing stress and split flange leakage, and the effects of piping nozzle loads. He has developed computer programs which automatically set up finite element models for complicated centrifugal machinery components, such as double suction casings, impellers, and entire machinery assemblies. Mr. Marscher has been active for over thirty years in the field of vibration analysis and testing, and he is the originator of the “time averaged pulse” (TAP™) vibration test procedure, which has led to the solution of pump, compressor, turbine, and motor problems in over 300 power plant, water, wastewater, chemical, and API installations.

Engineering Societies
For ASME, Mr. Marscher was chair of the Predictive Maintenance Technology Committee, was chairman of the 1995 ASME/STLE Tribology Conference, and was co-chairman of the 1993 RoCon rotating machinery conference, sponsored by the Hydraulic Institute, ASME, STLE, and the New Jersey Institute of Technology. He is a Fellow of the Society of Tribologists and Lubrication Engineers (STLE), was 1998/1999 President of the Society, was on the Board of Directors for ten years, was chair of their Annual Meeting, Awards, and Wear Committees, was currently the Chair of the Seals Technical Committee, and was Associate Editor of Tribology Transactions Magazine. For ASTM, for nearly 30 years he has been on the standards voting committees for wear, cavitation erosion, and metal fatigue. He is a voting member of the ISO/ANSI Standards Committee S2/TC108 for machinery monitoring and predictive maintenance. Mr. Marscher is also a member of SAE, AIAA, ASM, the Texas A&M Pump Symposium Advisory Committee, and the Vibration Institute, and is currently Board Chair for the MFPT Society of the Vibration Institute.

Publications and Short Courses
Mr. Marscher has written the stress and vibration chapter for Sawyer’s Turbomachinery Handbook, the vibration test and predictive maintenance chapters for the CRC Tribology and Lubrication Handbook, the pump wear and erosion chapter in the ASM Metals Handbook, the lubrication and bearings section of The Modern Marine Engineer’s Manual 3rd Edition, is co-author of the vibration chapter of the Pumping Station Design Handbook, and is lead author of the Mechanical Design Analysis and Testing chapter of the McGraw-Hill Pump Handbook. He is co-author of the book “Centrifugal Pumps”. Mr. Marscher has given short courses on vibration and rotating machinery reliability ten times at the Texas A&M Pump Symposium, and also at the U. of Virginia, the von Karman Institute in Belgium, the Sumy Institute in Ukraine, the British Pump Manufacturers Association, the IMechE in London, STLE, the Vibration Institute, the Stevens Institute of Technology, NJIT, ASME, the Hydraulic Institute, and the Electrical Power Research Institute. He has published over 70 technical papers and proceedings articles, and holds four patents.

Professional Background
Mr. Marscher has BSME and MSME degrees from Cornell University, where he was a NASA Fellow, and an MS from RPI. He has held senior positions at Pratt & Whitney, Honeywell/Bendix, Worthington, Dresser Industries, and Concepts NREC. Mr. Marscher is a registered and licensed professional engineer in the state of New Jersey.